Press enter to begin your search

Edward Kalendar spent his early years in Lvov, Ukraine. It was there, at the age of eight, that he heard jazz music for the first time. The appreciation and performance of jazz in the Soviet Union in the 1950s was considered to be an unpatriotic activity. Despite official disapproval, Kalendar nurtured his love for the genre by memorizing jazz performances from late night “Voice of America” radio broadcasts.  He received his musical training at the Tashkent and Moscow Conservatories, where he studied classical composition under Albert Malakhov, Boris Zeidman and Aram Khachaturian.  Kalendar also participated in a seminar conducted by Pierre Boulez during his residency at The Moscow Conservatory in 1990.

During his conservatory years, Kalendar dreamed of a time when playing jazz publicly would be accepted in the Soviet Union. He formed and conducted an underground big band made up of fellow jazz enthusiasts. At one point, the Dean of the Conservatory warned him that “practicing a western genre alien to Soviet youth” might have a negative impact on his musical future.  Edward continued to lead the band clandestinely for another six years.

The Soviet government began to relax its attitude towards jazz music in 1970.  Kalendar proceeded to introduce jazz to the public and to young musicians through his inspired teaching and numerous performances at newly organized jazz festivals. 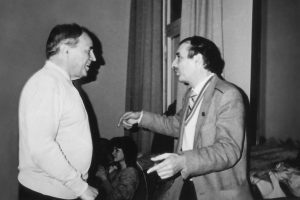 With Pierre Boulez at the Moscow Conservatory 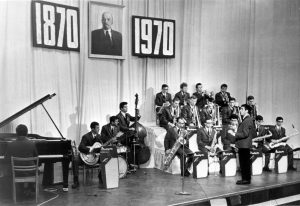 Edward and his big band in Tashkent 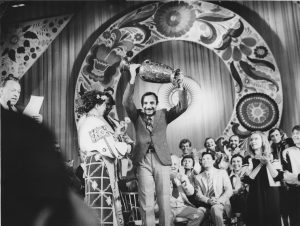 Awarded the prize for the best jazz arrangement at the Crimean Dawn International Competition, Ukraine 1983

Mr. Kalendar composed for his first feature film, entitled Autumn Novella in 1973. He scored twenty-five more documentary, feature and animated films from the mid-1970s to the mid-1990s. During that time, he achieved widespread popular acclaim as a songwriter and composer and his music was frequently broadcast throughout the Soviet Union and in Europe.

In 1994 he and his family moved to New York, where he continued his multi-faceted musical life. 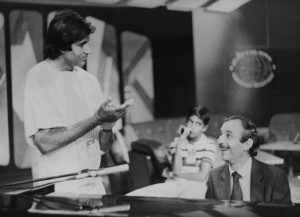 Rehearsing Indian music with the Bollywood mega-star Amitabh Bachchan, for a television broadcast 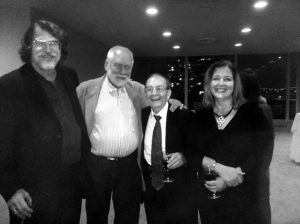 With Chris Brubeck, Theresa Brubeck and Russell Gloyd after the joint performance at the United Nations

Edward Kalendar is an insightful and dedicated instructor with over thirty-five years of teaching experience. His classical composition, theory and jazz performance students have continued their music education at the Oberlin Conservatory, Princeton University, Harvard University, the Moscow Conservatory, the Jerusalem Academy of Music, Mannes College of Music and The Julliard School. Many former students of Edward Kalendar have become successful composers (classical, film and songwriters), jazz singers and instrumentalists.

Mr. Kalendar’s music and arrangements have been performed by members of the Philadelphia Orchestra, the Israel Philharmonic, the Royal Swedish Opera Orchestra, the Youth Chamber Orchestra at Temple University in Philadelphia, the Manhattan Symphonie Orchestra, the Bachanalia Chamber Orchestra in NYC, the Medicine Show Theatre in Manhattan, the clarinetist Giora Feidman, the Jerusalem Saxophone Quartet, the Lopes Latin Jazz Group, and musicians of the Delaware Chamber Music Festival.  Five volumes of his piano, vocal and string quartet arrangements have worldwide distribution through Hal Leonard Corporation

Mr. Kalendar is a member of the American Society of Composers and Publishers (ASCAP).  He and his wife, Asya, reside in Philadelphia, Pennsylvania 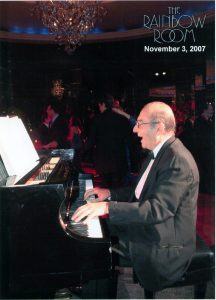 Entertaining at the Rainbow Room at Rockefeller Center